What is AVAS, THOR AVAS?

EVs (Electric Vehicles) are powered solely or largely by electricity from batteries, as opposed to traditional gasoline and diesel-fueled vehicles, helping curb air pollution and greenhouse gas emissions. Having just one electric car on the road can reduce CO2 emissions by an average of 1.5 million grams per year. EVs are not only better for the environment, but they also require less maintenance than gas-powered automobiles. As a result, the annual cost of using an electric vehicle is reasonably low, contributing to a rise in EV sales worldwide.

How Popular are Electric Vehicles?

The global market for electric vehicles and hybrid electric vehicles is expanding at a steady rate. With a 75% share of plug-in electric vehicles, Norway leads the way in the transition to cleaner cars, along with Iceland, Sweden, and Finland, where sales have increased by an average of 30% annually over the past decade. The UK's anticipated ban on diesel and gasoline engines will lead to the widespread adoption of alternative fuel vehicles, with an estimated 18 million EVs and hybrids on the road by 2030. The country is working toward reducing automobile emissions by 37.5% by 2030, as outlined in the Paris Climate Agreement.

Electric vehicles have the potential to reduce noise pollution in urban areas due to their lower noise emissions. This, however, poses a risk to others who may be strolling by, especially senior citizens, children, the differently abled, and animals, as electric vehicles are quieter than conventional ones and can fall short when it comes to warning pedestrians. This is where AVAS comes into the picture. To address this threat to public safety, governments worldwide have mandated that all EVs be fitted with an Acoustic Vehicle Alerting System (AVAS).

AVAS is an accessory required for electric vehicles in many countries. Many also refer to it as a pedestrian alarm, acoustic warning system, or pedestrian safety system. It offers a safety feature that can be added to any vehicle, including AVAS electric mopeds, AVAS e-scooters, electric buses, and trucks. The AVAS system provides audible warnings for otherwise silent electric cars to increase the safety of Vulnerable Road Users (VRU), as well as the vehicle's audible presence in low-speed traffic.

In accordance with United Nations Regulation 138.01, beginning on July 1, 2019, all new models of electric and hybrid vehicles sold in the European Union (EU) must be equipped with an Acoustic Vehicle Alerting System. New EVs in the United States must also comply with a federal safety standard requiring the production of discernible sounds when traveling at speeds of less than 19 mph, as announced by the National Highway Traffic Safety Administration. Whereas, in Germany, installing an AVAS system is prioritized, and the federal government subsidizes it by €100.

How Does AVAS Work?

Electric vehicles traveling at less than 20 km/h (approx. 12mph) automatically trigger an audible alert from AVAS systems. Loudspeakers and actuators create synthetic vehicle sounds by causing the automobile's structural elements to vibrate in response to variables such as speed, accelerator/brake pedal position, and gear. Even in the event that visual cues are not present, the AVAS system is able to amplify distinct reversing sounds to warn pedestrians.

Our technology experts at THOR quickly identified barely audible electric vehicles in traffic as a potential cause of danger. In response, we created THOR AVAS - a scientific breakthrough that exhibits a complicated algorithm for replicating all traffic cycles. Such an invention produces a sound base centered around a patented technology that works for various vehicles, including electric vehicles, hybrids, and cars with internal combustion engines.

THOR AVAS is a configurable system that can artificially generate sound based on various vehicle parameters. It communicates with the vehicle controller in "reader mode," which allows for direct connection.

Automatic sound calculations are performed by analyzing the relevant parameters from the CAN bus or UART protocol or through a channel transmitted from remote-controlled telematic devices. Pedal pressure and vehicle speed are used as inputs in an electric vehicle's control system, whereas in the case of internal combustion engines, the rotational velocity of the engine and the pressure applied to the gas pedal are relevant variables.

Our sound technology recreates the noises that are made by a motor when it is operating. What sets us apart from others is how THOR AVAS' sound packages are constructed, with samples either recorded in-car with microphones and sound recording equipment according to the patented principle or artificially created by considering the full spectrum of environmental frequencies. As a result, the final product is an acoustically pleasing 'live' AVAS soundtrack that is remarkably close to the original sounds, which makes it easy to tell what kind of vehicle is present and gauge its behavior.

The software foundation of our system comprises numerous sophisticated parts, including a sound engine, porting library, AVAS sound profiles, and an API protocol for communicating with other programs. The sound engine is highly responsive to changes in the vehicle's speed and accelerator/brake positions and is combined with the telematics unit's geolocation data for optimal performance.

As the electronic module's printed circuit board schematic is already built into the product's casing, additional peripherals are not required. In addition, the electronic module features onboard memory for software and a Bluetooth interface for remote management through a smartwatch or an app that is compatible with iOS and Android devices. The electronic module is wired to both its own power supply and a data bus (CAN, UART, RS285, or RS482). A telematics device or the standard power button can also be used to establish a connection.

We're particularly proud of our sound library, which houses the most extensive collection of high-quality sonic samples available. These specimens were all recorded directly from real cars using our patented recording methods to mimic reality. The library is constantly expanding with new AVAS soundtracks and contains 40 different supercar audio samples, including the sounds of a Porsche Panamera, an Audi R8, and a BMW M4. The audio consists primarily of safety soundtracks but also includes other entertaining samples, like the ice cream truck sound, game car and UFO sounds, and the sound of "jingle bells." All of these were created with the primary goal of continuously working at a low volume and free frequencies in the urban environment and testing both in extraordinarily muted chambers and natural conditions.

At THOR, we use high-end AVAS speakers with neodymium magnets that can accurately reproduce a wide variety of tones even in challenging environments. Our partners design the speakers to meet specific requirements, and they are in full conformity with international AVAS laws such as UN Regulation No. 138 and Regulation (EU) No 540/2014, as well as AVAS regulations enacted in China, Japan, and the United States.

The IP67 protection standard ensures that the system's case is resistant to dust and moisture. It also features a glass-filled plastic connector. Our engineers also develop vehicle-specific customized cases to take things to the next level.

The THOR team places a premium on pedestrian and disabled community input during our rigorous acoustic vehicle alerting system test process. In order to ensure that each sound is of the highest quality before being added to the vehicle's sound library, we perform extensive testing in a specially designed anechoic chamber.

THOR AVAS Products for EVs of all Sizes

THOR's AVAS solutions include a selection of products for a vast range of vehicles, each of which comes with its own distinctive base of sounds as well as the capability to create individualized sounds.

LEVs: THOR's software features an extensive AVAS sound library that is suitable for micro-mobile transport such as AVAS e-scooters and electric bikes as it does not require the installation of additional equipment, thus saving battery power. The AVAS sounds are played through broadband speakers already installed in modern scooters.

EVs: The THOR AVAS Module Block is well-suited for AVAS electric cars, electric motorcycles, and AVAS electric mopeds without a standard speaker. The installation of THOR modules and speakers is extremely straightforward and does not involve any additional expenses.

THOR AVAS' solutions have the same underlying principle that focuses on creating beautiful and acoustically acceptable AVAS soundtracks; the only difference is the strength of the sounds and the size of the speakers. Our engineers have worked tirelessly to offer AVAS solutions that are compatible with a wide range of EVs, from automobiles and buses to e-bikes and e-scooters. 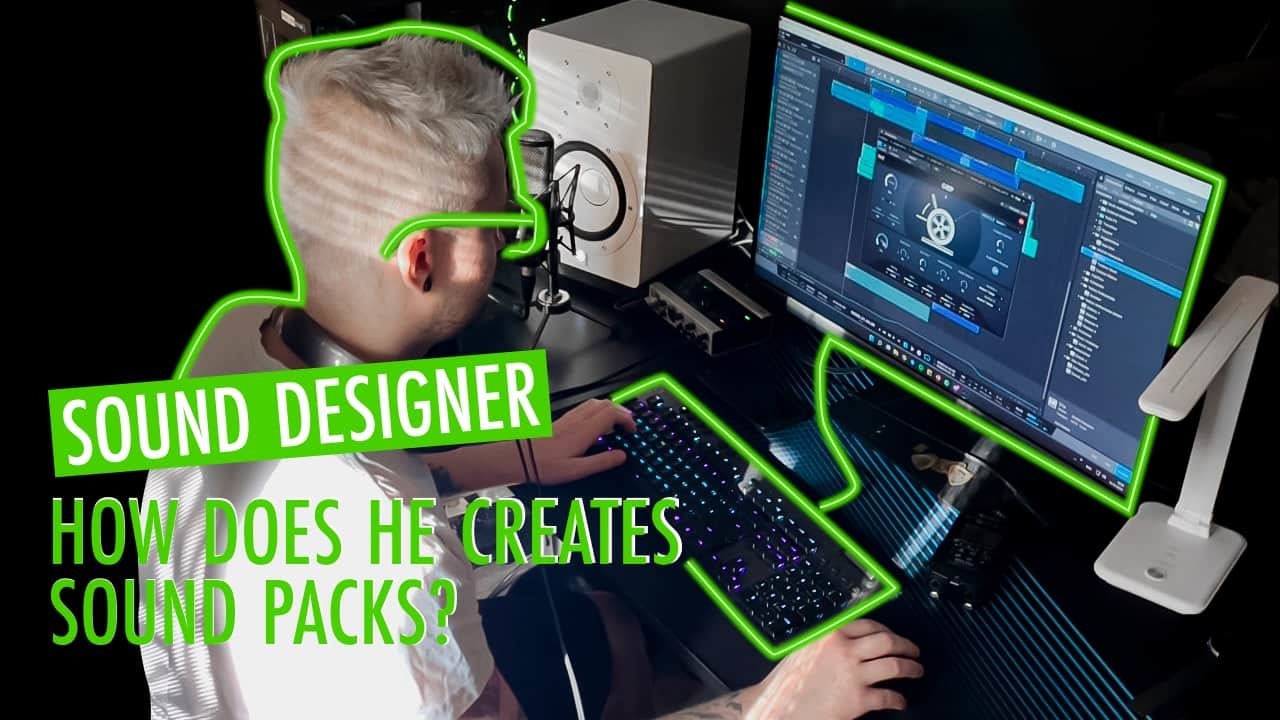 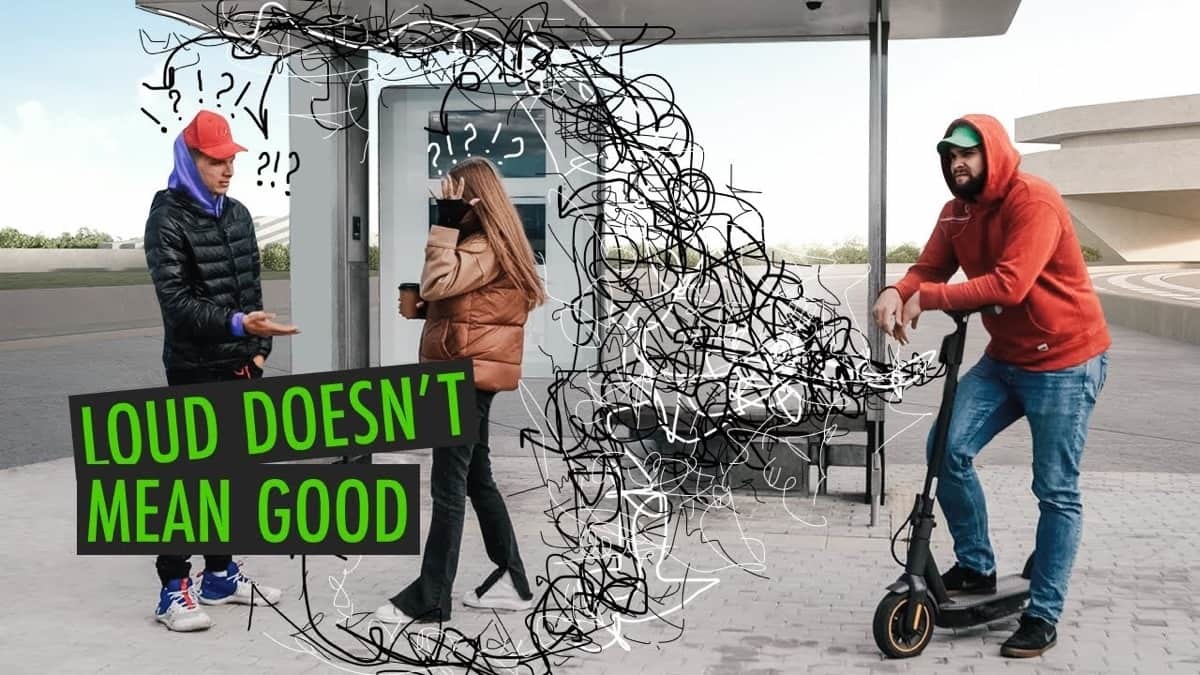 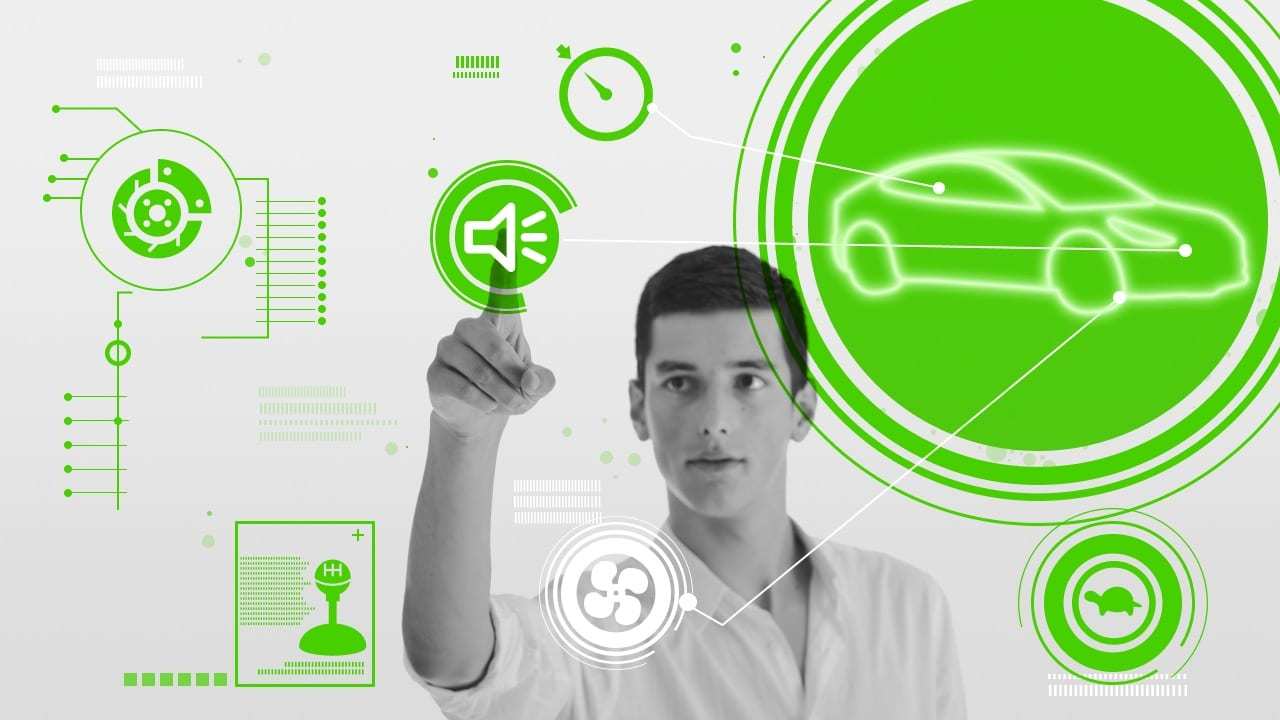 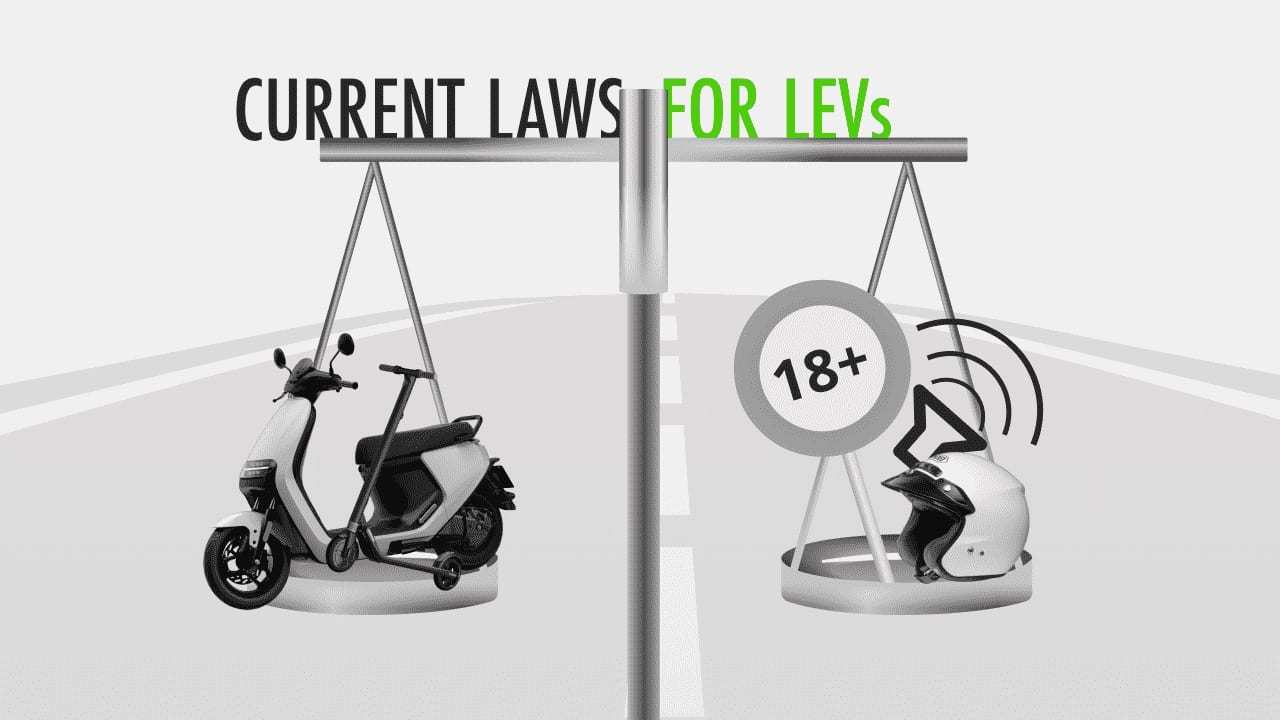 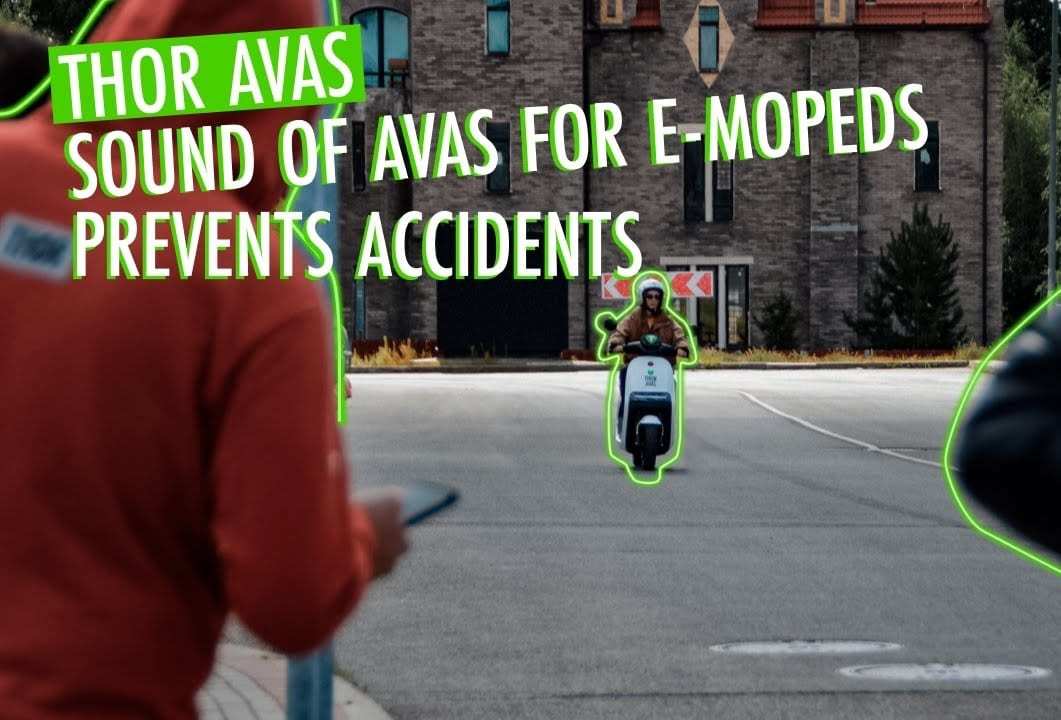